While purchasing a new laptop or upgrading the older one you might have thought about purchasing an SSD to increase your laptop’s performance. Undoubtedly, SSDs are the show stealer when it comes to performance and booting. And without a thought in your mind, you plan to purchase an SSD for your computer.

However, when you decide to purchase and go for its pricing that’s where many of us stop. Right?

It’s so expensive! We say.

People grab a thought in their minds “why SSDs are so expensive?”

Well, we have to look at several different factors that are affecting the price of SSDs to be so high.

Apart from that, most individuals still assume that a hard disk is a hard disk and nothing more these days. That isn’t the truth, though. Only now you have to consider if you want a Solid State Drive (SSD) or Hard Disk Drive (HDD) as a storage part right before you purchase new laptops or update your old computer.

After the SSD’s have come to the market, people have questioned if their big price tags are worth it. In fact, people have wondered why such drives are costlier than the original HDDs.

So let’s clear it all and come to a verdict!

Also Read: Why is My Brand New Laptop So Slow? 5 Reasons Behind This!

3 Reasons Why are SSDs So Expensive?

If we compare to the time when SSDs were initially launched and the time now, there has been a significant reduction in the price. However, with time passing we haven’t felt like the prices have been reduced because the demand for SSD is still not as high as of HDDs.

Hard Disk Drives are ruling the market as they are highly in demand part of a computer or laptop without which we cannot work. Besides, there are multiple reasons for SSDs being costly. The data in SSDs are mounted on flash chips attached to each other. The logical flash of the negated AND (NAND) is unique because it maintains bandwidth without continuous power supply.

Flash memory is widely used in USBs, graphic cards, and even in mobile phones. In addition, an SSD is a more important form of a USB memory stick, however, it works in a different way as it has a unique sort of flash memory chips than the normal USB sticks.

SSDs are configured to intermittently read files through different parts without disrupting the read/write times. Moreover,  SSDs handle file cells at the same time. Also, SSD is made easier by convenient and parallel exposure to data processing.

This is one of the major reasons why SSDs are expensive!

But NAND Flash Memory has one issue which is that it only has a short amount of writing cycles, which ensures that each transistor can burn out over time.

The NAND transistor limitations can hardly be solved by manufacturers and they would possibly never completely eradicate this issue. The data could be lost by writing to an SSD endlessly. That is why you can just store your operating system and main programs and leave all other files on your hard drive.

Till the time since SSDs were launched, it’s noticeable that many computers now come with in-built SSD storage. However, it directly affects the price of the computer or laptop you purchase. The demand for Solid State Drive is increasing with time but it still captures a low market when compared to Hard Disk Drive.

Intriguingly, this can be considered good if computers now come with built-in SSD storage as the demand will increase the price will ultimately decrease.

#3 Reason | SSDs are Complex to Assemble Apart from the above reasons, the main challenge is the mounting of an SSD, particularly for NAND flash processing. This is complicated as the manufacturers have to position both the device and the firmware within a limited place.

In a limited room, the device and software have to be checked for hours to test reliability and compliance with the devices in which they are mounted. Hence, this is why output costs are raised.

Manufacturing high storage SSDs could be even costlier and price progressively increases per GB. In this way, the manufacturing process of SSDs leads to an increase in their costs.

As we have discussed above, when we compare the time when SSDs were introduced and the time now, there has been a significant reduction in their cost. However, it’s not visible because HDDs are ruling the PC world.

In the future, we can expect SSD prices to be reduced at a much lower price as the demand for them is increasing with time. So, when anyone asks you why SSDs are so expensive, you can give them the answer.

If you feel like anything to recommend for this post, please feel free to post in the comment box below and let us know what do you think of SSD cost in the future. 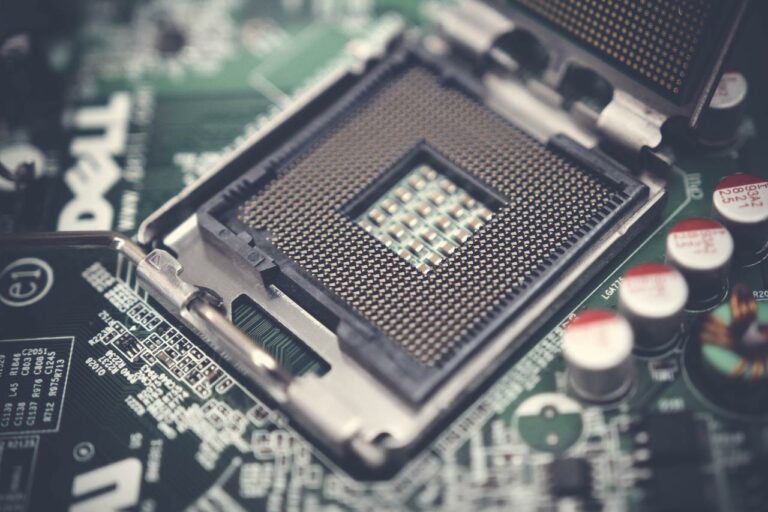 Here in this article you will learn about difference between OMR and OCR. OMR (Optical Mark Recognition) and OCR (Optical Character Recognition) are computer software used in scanning the contextual material from the paper and converting them in computer-readable form. Both OMR and OCR have one thing in common they convert written text into digital…